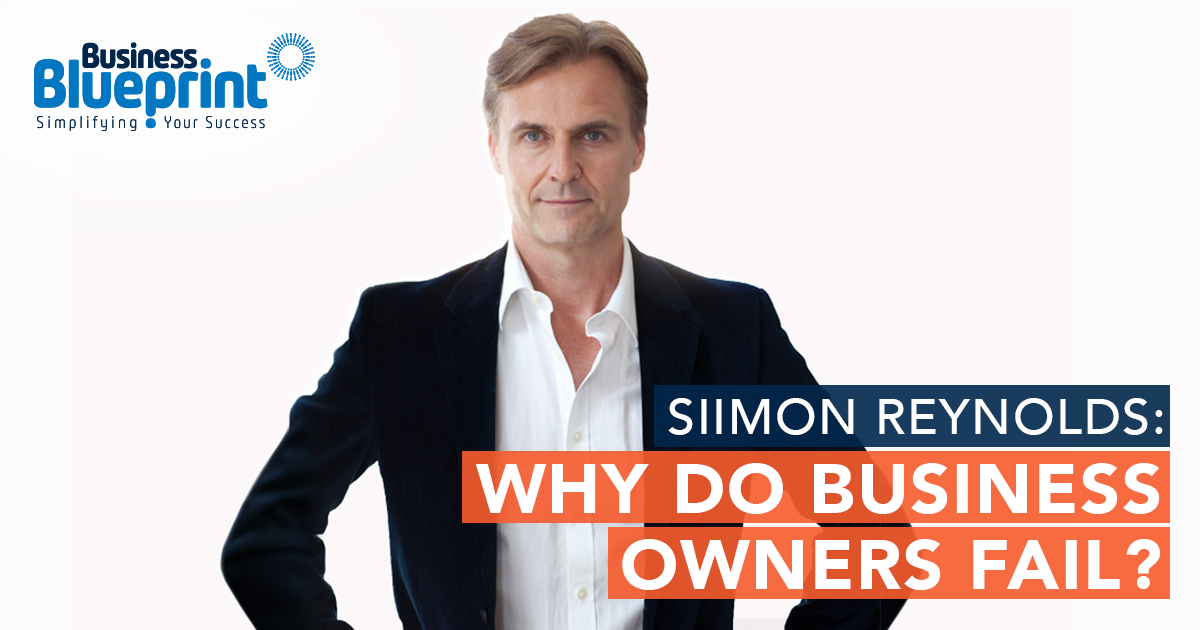 Meet Siimon Reynolds. He is one of the country’s most respected marketing experts and has taken home almost every advertising award in the world for his creativity.

Siimon Reynolds built The Photon Group from nothing to owning 50 companies with 6,000 staff and a value of $500m on the ASX, Reynolds made it the 15th largest marketing group in the world. He now speaks with Jack Delosa about marketing, money, and why people fail.

“What are the reasons people fail?” I ask Siimon as he sits across from me in a black Mercedes “Well there’s a stack of them,” He says laughingly, “and I’ve experienced most of them.”

Although he’s built one of the largest and most successful marketing groups to come out of Australia, Siimon Reynolds remains intimately connected with what entrepreneurs in the start-up phase must do to stay ahead.

Siimon illustrates the importance of knowing your core business activity and sticking to it particularly in the early stages of business.

“There’s so much competition, unless you specialise and focus. Why should anyone go to you?” Although SMEs and corporations can diversify into other markets, Reynolds argues that that’s not how they got there.

“What happens is that we see successful companies and see that they do many things, but what we sometimes don’t realise is, how they became successful is they owned one niche and they became an expert at it.”

While building The Photon Group, Reynolds went from a two-man band to owning over 50 companies; most of which were still in the growth phase of their business. He talks about the importance of business owners not only focusing on one thing, but being efficient in the way they develop their model.

“We get stuck having meetings, talking to staff and doing emails, all this peripheral stuff that is not actually generating new income. 70% of your time within the first year of a new business should be spent on sales and marketing. And that’s not the case, the research shows that 11% of a business owners time is spent on sales and marketing. But that’s the stuff that keeps you alive.”

Siimon indicates the keys to marketing are what he refers to as Recency & Frequency.

By systematising, automate whenever and wherever possible with the way you market your business to prospective clients. And, in turn, this will create a cash-generating machine; all it takes is focus and discipline.

“Often, it’s the recency and frequency with which you have contacted a client that gets you that client. It gets you on the short list and gets you top of mind and this makes them want to ring you or go and buy your product or service.”

By automating this frequent contact with your target market, Siimon Reynolds explains that you will remain at the top of the client’s mind.

The Power of Automation

While he was in advertising, his companies would contact prospective clients 16 times a year. Most of these contact points were automated, and some were managed by a person who had it logged to contact prospects each and every week.

This was a move which obviously paid dividends.
“What happened was that numerous times we’d be put on short lists for big accounts, simply because we had recently contacted them when they wanted to look for a new ad agency.”

For small business owners, Siimon Reynolds explains the importance of applying this strategy.

“Have a calendar of contact points, so that you know that over the course of 12 months you’re going to be hitting your target market, this many times and in this many ways. And make a diary out of it.”

He encourages entrepreneurs to experiment with different marketing strategies and different business models particularly during the early stages.

“Keep refining the model, the organism gets healthier and eventually you’ve so refined it that it looks magic to a competitor because they can’t understand that it was tiny changes that did it. It just looks so far ahead of everybody else that it’s incomprehensible.”

The Importance of Mentors

Siimon also indicates of having the right mentors around you; most especially the ones who have “built a business themselves or can show you tangible results they’ve produced with other clients” can make the difference in the success of a venture.

In a protest against the slow and theoretical based teachings in universities, Siimon Reynolds has recently built a business school called The Fortune Institute. His goals are to educate entrepreneurs who want practical business education —quickly.

Learn Something Every Day

With all his successes, Siimon Reynolds still spends an hour every day, learning something new.

He explains that talent is overrated and that the persistent learner will out-perform the talented ones every time.

In other note, Jack Delosa has been named in the top 30 entrepreneurs under 30, in Australian Anthill Magazine’s 30Under30 Publication. He is the founder of The Entourage, a movement of young entrepreneurs (18-35) leveraging the experience of top business leaders world-wide. You can email him at [email protected]