“Socialpreneurs” is the 21st-Century Renaissance 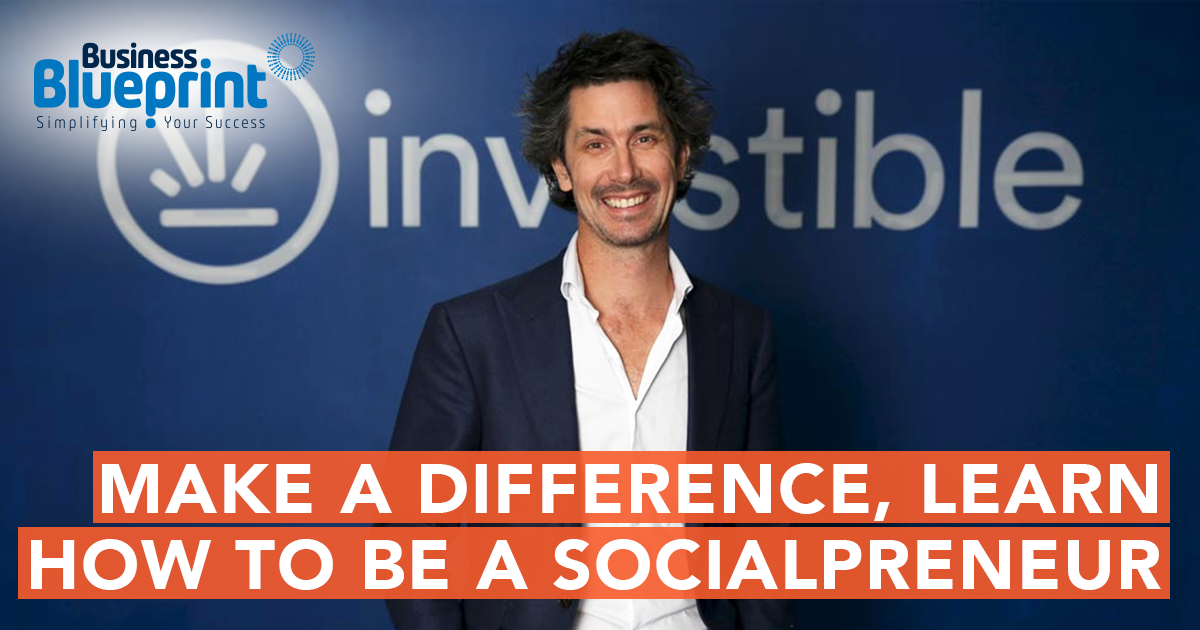 From scaling some of the highest mountains in the world, to working with Richard Branson, Creel Price has changed the future of philanthropy. He exited his business for over $100M to captaining Australia in the World Elephant Polo Championships. Today, he is the high-octane adventurer at the forefront of what he calls now the age of “The Entreprenaissance: the Golden Era of Socialpreneurs.”

Creel Price is part of a new breed of social entrepreneurs, or as Creel calls them “socialpreneurs”; Entrepreneurs who are no longer motivated by their own self-interests, but are now focusing on the big picture.

“A socialpreneur is someone that uses their entrepreneurial ability to make a difference on the planet.” Creel explains.

Like many socialpreneurs, Creel believes that the problems faced on the planet are not going to be fixed by Governments, corporations or charitable ventures but rather by social enterprise – organisations that utilise commerce for social benefit. “Governments try to use regulation to redirect funds often with little success.

Corporations can be well meaning but often have to serve the needs of their shareholders before anything else. Charities can do a fantastic job on one hand but sometimes a large percentage of funds go to administration and they need to put out their hand again at the start of each year which I don’t think is sustainable.”

Rather, Creel believes the major shifts are going to come from entrepreneurs. “For me, it’s entrepreneurial thinking that’s actually going to take the world to the next stage.

How do we get socialpreneurs that are commercially savvy and put that intelligence to good use?

What we’re talking about is a combination of commerce and charity working together.” Having co-founded his business at the age of 25 with $5,000, Creel built Blueprint Management Group to 1000 staff and within a decade sold the business for over $100 million. However Creel’s business advice remains profoundly simple. “Business has become too complex.” Creel explains. “But it doesn’t have to be. There are so many components that can overwhelm entrepreneurs. They’ve got to do the finance, HR, marketing, sales…there’s just so many things that can overwhelm you but the role of an entrepreneur can be a lot simpler than that.”

Creel sees the role of the entrepreneur as being the ability to find and engage great people. “If you can help your people have clarity of what their roles are, they can achieve amazing things – particularly when the entrepreneur empowers them with responsibility.”

He simplifies the different management styles required for each phase by breaking the business life cycle into three stages.

Creel encourages entrepreneurs to start with the end in mind, drawing on lessons learnt from when he climbed Mount Kilimanjaro. “The goal in mountain climbing is not to get to the top of the mountain, it’s actually to get to the top and back down safely and that’s where it parallels business.”

Creel calls this “the entrepreneurs curse” and explains “entrepreneurs can get so excited about an opportunity, but then they fall out of love with it, and so they move on to the next opportunity. Unless the socialpreneur builds the business to a point where they can sell it, they can get stuck in a rut and lose the passion for which they started the business in the first place.”

Alternatively, the organisation will grow to a point where the entrepreneur is no longer the best person to be sitting in the chair. “Entrepreneurs are great at coming up with an idea, innovating and building it to a certain stage, but then sometimes they have to realise that the business has moved beyond their skill-set.”

At this point he advises the entrepreneur step aside from the role of CEO and become a non-executive director, putting someone with greater management experience at the helm. Aside from the personality traits of an entrepreneur, Creel explains that it is also financially beneficial to eventually sell the business.

An example of this may be a business that is making $2m profit, and is valued at a multiple of 5 times its profit, achieving a sale price of $10m. Creel emphasises that in order to achieve the highest possible price in the sale of a business, it is important that the entrepreneur is no longer there. “Execute a succession plan to maximise value. The business is worth a huge amount more if the entrepreneur isn’t in the business.”

This is about systemising the business to a point where it is scalable, and eventually putting in place a management team and board to manage the business. Executing these key components of building and exiting a business, has given Creel the resources to be able to make a significant impact on the lives of entrepreneurs globally. He is now motivated by creating a movement where more people can think entrepreneurially in solving the key issues faced by the planet.

He adds that you don’t have to exit your business in order to make a difference. “You can do amazing work through your business and through the partners in that business. It’s about being socially responsible in business so not making money for the sake of making money, but doing it in the right way so that you’re helping people.”

When asked about his main message for entrepreneurs he replies, “How do we unify as entrepreneurs? Entrepreneurs don’t tend to flock together, they tend to do their own thing, so we need to find a way to actually create a movement of entrepreneurs committed working together to create a lasting legacy”. A 21st century renaissance inspired by entrepreneurial endeavour – or what you could call an entreprenaissance.”

Today, Creel is involved in numerous ventures that are about encouraging this movement. He educates socialpreneurs of all ages starting at the age of 10 with his Club Kidpreneur Foundation, working with aspiring entrepreneurs at the Branson School of Entrepreneurship in South Africa and established entrepreneurs as part of his Accelerate your Business program in Australia.

To get involved visit www.creelprice.com. Jack Delosa has been named in the top 30 entrepreneurs under 30, in Australian Anthill Magazine’s 30Under30 Publication. Jack is the founder of The Entourage, a movement of young entrepreneurs (18-35) leveraging the experience of top business leaders world-wide. [email protected]