How do you manage your “Daily To-Do List”? Is your to-do list working for you? Watch the video below as Dale shares some skills and techniques he uses when crafting his personal to-do list.

Too Overwhelmed to be Productive?

Now, one of the biggest problems that entrepreneurs face is trying to do too many things, this word called overwhelm gets used quite a lot. I understand where it comes from because when you actually think of all the things that you do if you’re a productive business owner you’re going to be writing them all down and capturing those thoughts. Then when you start each day you go, “What are all the things I need to do?” You start writing, and then sooner or later you’ve filled up two or three pages of all the things that you have to do, and so you’re instantly looking at 20/30 things, and they’re all crying for your attention, and it’s very hard to then really focus because we feel defeated before we even start.

I’m going to share with you now some skills, some techniques, and also a tool that we use in our business which has made us a lot more productive, and we’d love for you to incorporate these strategies into your business as well. Let me now talk about this document that we have developed. Even though I love using technology, and I religiously use tools like Evernote, and also Trello, BaseCamp, and Teamwork which are all task management software. We use lots of great tools within our business, sometimes it actually pays to go old-school. What we do in our office is each person uses one of these. This is a pad that we’ve developed, which is an A5 notepad, and every part of this pad has been created for a specific reason because it incorporates the five most important principles of managing your daily to-do list. What am I going to do now is share a little bit more about this particular document, and also to tell you what are the five most important steps.

Let’s get through those right now. Number one is we believe that your daily to-do list needs to be written down on paper. I’m sure you’ve got it documented either on a notebook or maybe in your task or project management software maybe 50, maybe 100, maybe even 200 things that you have to actually do. If you’re looking at a list that has more than 20 things instantly, you’re going to go into overwhelm. What you’re going to do is you’re going to look through that list of all the things that you could possibly do, and you’re going to pick no more than five, because that’s the number of things you can focus on at any one time. If you try to do too many, more than that then you’re really just setting yourself up for failure, so pick five things and that’s it, and add those into a list. That doesn’t mean that you only are going to work on five things in a day, it just means that no more than five things on your piece of paper in front of you.

If you want to do 10 things in a day then what you’re going to do is you’re actually going to have two sheets of paper and you’re going to write this one first, and then when this is finished then you’re going to work on the next one as well. No more than five things on your daily to-do list at any one time, that’s very, very important. You can have everything listed everywhere else, but to put no more than five on the piece of paper. Now, the reason why we like paper is something it’s really powerful when you pick up the pen and you physically have to write it down, it’s like it’s making it more real, and serious, and also it’s in front of you at all times. Mine literally sits between me and my computer, and so when I’m working, if I need to know what I need to be focusing on, I look down and I can see it right there. I don’t have to open another tab, I literally have it written down on paper.

The second thing, like I said, no more than five things, five things, and five things only is what you want to do. If you’ve got more, just do the five, and then start another list. The third principle is to make sure that you order your list. The order which you do things in is very important, and what you want to do is, you want to think about what’s the most important thing that I need to do right now? What’s the most important thing that I need to get done today? That becomes number one, and then you can do your number two, number three, and number four, and five. You have to order them, and please order them before you actually start. Don’t just go, look at the five, and then go, “I’m just going to start on this one because it’s fun, or because it’s easy,” because you might spend the next three or four hours just on number one, but it actually wasn’t the most important thing that you had to do. It’s maybe the least important thing, and now you’ve chewed up a lot of your valuable time working on something that you really didn’t have to get done first. Plan them all out first, what’s the most important, second most important, and do the order before you start. Otherwise, you end up cherry-picking and that creates a lot of problems.

Estimate the Time You’re Going to Spend on each Task

The next one is we have a column that is actually within our document, and that’s where before you get started, what you’re going to do is estimate how long you’re going to spend on each of those tasks. You’ve got to think in advance, how long is it going to take? Is it going to take 20 minutes? Is it going to take 40 minutes? Is it going to take an hour? Because as business owners we need to develop the skills around becoming better at estimating how long things are going to take. Another saying that I love is the difference between working with a goal and without a goal is results, and as a business owner you definitely want results. If you want results you’ve got to have a goal, when you have a goal then your performance increases. When you go I am committing 30 minutes to that, you’re going to perform much better than if you just go get started, and however long it takes, because then you’ve got distractions and other things will come along because you didn’t agree to a time with yourself upfront it may end up taking two to three times longer than if you set a goal, and remained focused.

Create a Space for “Overflow Tasks”

Create a list beforehand, in terms of the five. Order that list, and then decide how long you’re going to spend working on each of those things. Now, if you want to go a bit further, there’s a method that you can use to do that called the Pomodoro Technique. We’ll talk about that briefly in a few moments time, but that’s what we use in terms of how we estimate time. The last thing at the bottom of our to-do list we’ve got some extra space there, and that extra space is for other things that are going to pop up. You might get a phone call that comes in, or someone sent you an email and it needs to be quickly noted, but then you’ve got to get back to your to-do list. Write that at the bottom so you don’t get distracted, and then when you finish your five things then you can look at those and go, “Which are those calls that I need to return, or the emails that I need reply to. That’s like your overflow, if something is coming in and trying to take away your attention, quickly write it down so you don’t forget it, and then get back to your work. Really important to do so.

Use the Pomodoro Technique

Here’s a couple of other quick skills that will also make a big difference, number one is to use the Pomodoro Technique, you can Google this if you want to, watch a little video, and I talk to you about what the Pomodoro Technique is all about. It’s basically a round burst of energy which goes for around about 25 minutes, and then taking the all-important five minute break. If you do so and follow this formula that you can see on your screen right now, you’ll be a lot more productive.

The other thing that has made a massive difference for me, and I learned this from many other successful entrepreneurs, they said, “Write your to-do list the night before.” Otherwise, you just start your day and it might be One O’Clock before you think of what you need to do, because you’ve just been putting out fires and dealing with the most urgent, and not actually being productive. If you write your to-do list the night before, the moment you wake up, you’re on task, you’re on purpose, and therefore you’re going to get a whole lot more done.

Come to Our New Live Event

Do you live in Australia or New Zealand? Want to know how to achieve more by doing less? Let’s face it, who doesn’t? Thanks to this incredible event, in just ONE DAY you have the opportunity to learn 52 strategies to help you do just that!

This event will be unlike anything any business owner has attended before. Click Here to register.

Please take these ideas and put them into action in your business. If you’ve enjoyed watching this video then I encourage you to share it with your friends on social or let us know your thoughts in the comments section below. 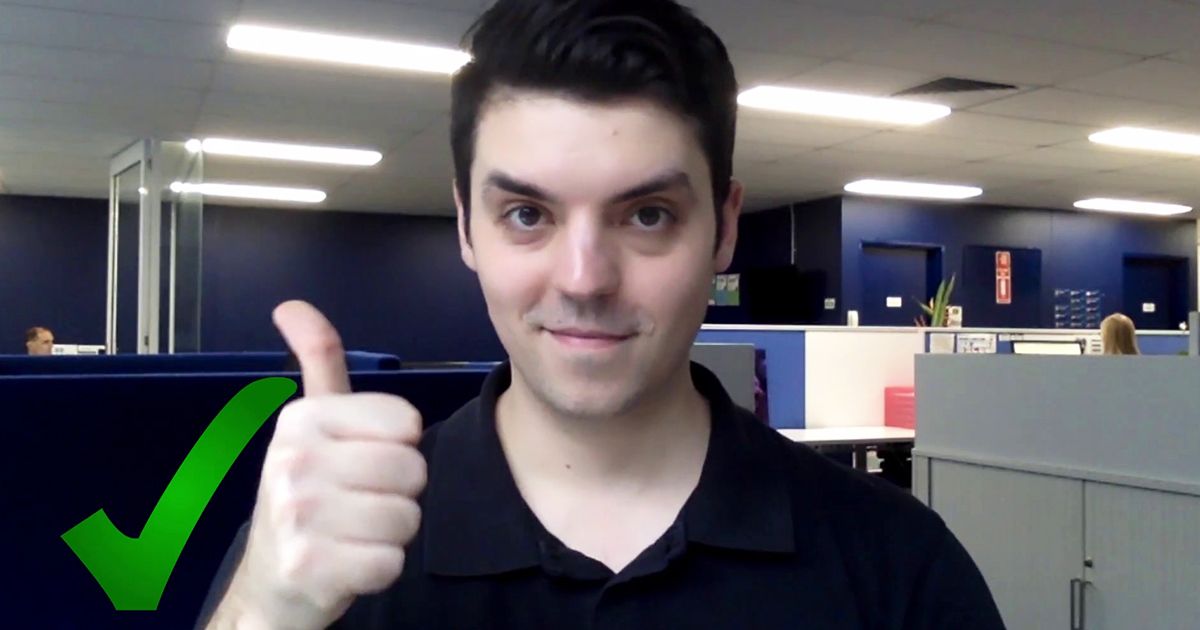 How to Step Up Your Webcam Game 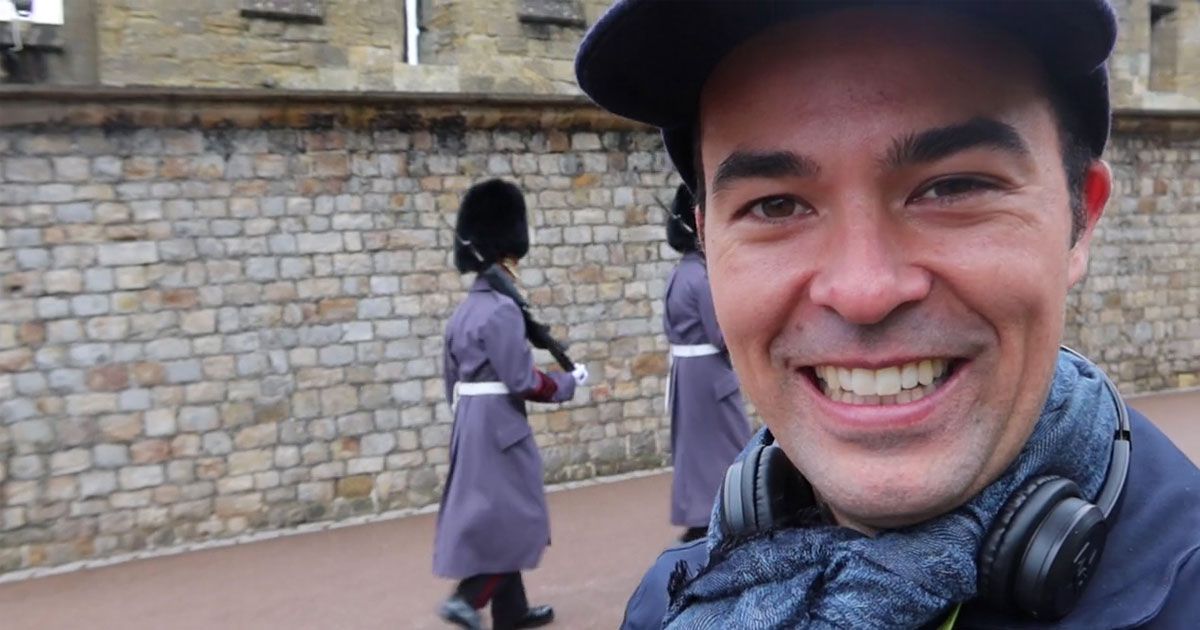 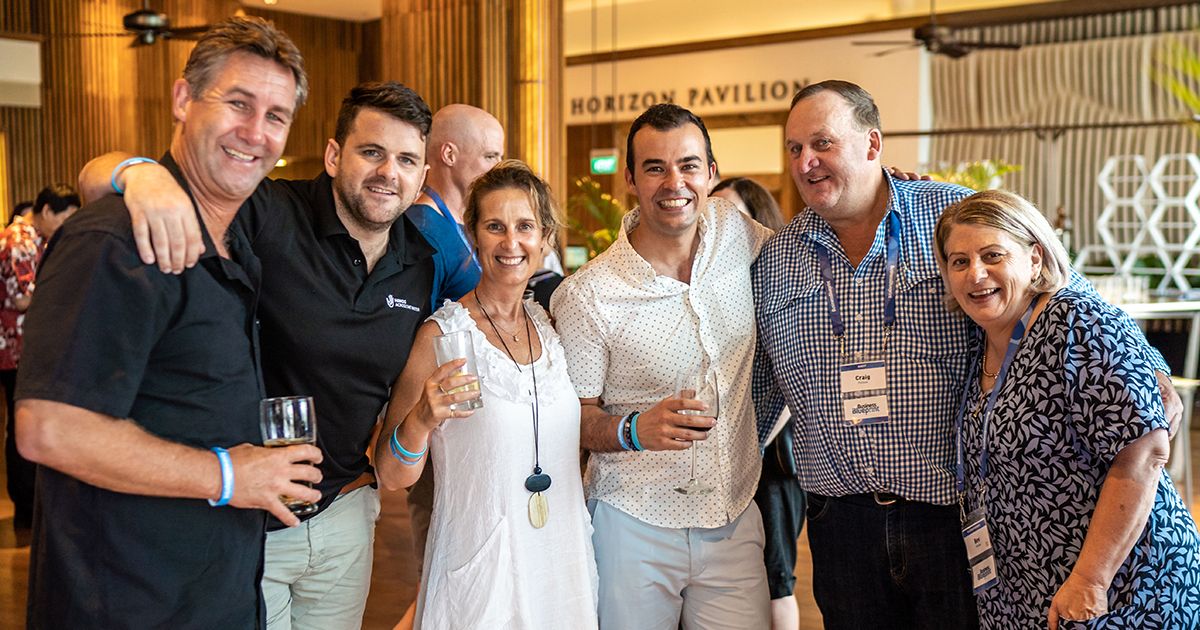