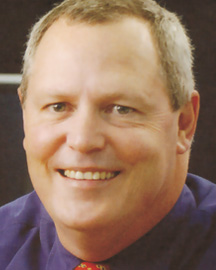 Wayne Burgan was born in 1954 in Port Pirie, a South Australian country town that housed the smelting works for the Broken Hill mines. From a young age Wayne’s passions were sport and music, but a serious knee injury in his first year of high school curtailed any ambitions in the sporting arena.

About the same time, Wayne got his first guitar and two years later started his first business in the form of a guitar school. Wayne’s parents insisted on a good education and at age 17 he moved to Adelaide to work and study accountancy at university. Of course, he also managed to play sport and play in a band as well.

Wayne started an accounting practice in 1987 after spending ten years at the Australian Taxation Office reviewing tax returns, auditing small business taxpayers, and managing both the business and employer instalment sections. While operating his practice, he also served on the Public Practice Committee, the South Australian Small Business Committee and the Small Business Centre of Excellence for CPA Australia. As he proactively focused on helping small business owners to run better businesses, as well as manage their taxes, he soon attracted the interest of the Business Centre advisers who referred new business starters and business owners with financial difficulties to him.

Based on this experience, Wayne quickly noticed that many small business owners struggled to understand the bookkeeping requirements of business, so he developed a simple bookkeeping software, Cashflow Manager, to help them. In 1994, he sold his accounting practice and took Cashflow Manager international.

Today Wayne lives in Adelaide with his wife, Jan, and two of their three children. With offices now in the UK and North America, and with his role on the National Board of Youth for Christ, Wayne is a regular traveller, and he still enjoys playing sport and music.