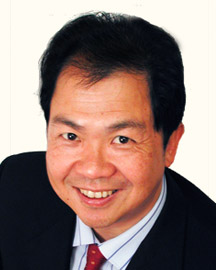 Terry Lee was born in Perak, Malaysia, in 1956. Being the eldest of four brothers in a traditional Chinese household, a lot of expectations were placed on Terry him from an early age.

Terry went to school in Auckland, New Zealand, where he and spent his time in high school years dreaming of becoming a millionaire by the time he was 30. After finishing school, he moved to Sydney, working many jobs as he continued to chase his pot of gold. In 1985, after spending some time working in sales, including selling selling many products and services including encyclopaedias door-to-door, he , Terry moved to Perth in 1985.

In 1988, Terry’s fortunes changed when he stumbled into the life insurance/investments business, and h. He has flourished ever since. With the strong cash flow from his booming business, Terry invests in properties and shares with the goal of acquiring one property every two years and putting as much as he can into superannuation, as well as his numerous investments and ventures.

In 1989, when Australia was in a deep recession, Terry won an award for being the top superannuation sales agent in Australia. Terry He is also the author of One Day at Millionaire’s School, which is in its third reprint and is sold around the world.

Terry lives with his wife and two children in Perth. In his spare time he is a ferocious reader, an average weekend golfer, a keen sailor, an amateurish horseman and the world’s number one sightseer.