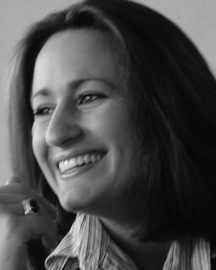 Tanya Hamersfeld was born in Montreal, Canada. Her family moved to Australia when she was still a baby and settled in Adelaide where she graduated with a Bachelor of Arts (Psych major). Tanya holds other qualifications including ones that are specific to the training industry.

Whilst still at University in South Australia; Tanya launched her company, which operates today and continues to go from strength to strength. Corporate Training Australia was formed in 1996 when Tanya was only 21. The company was formed in her home with $10,000 start-up capital. Within eight years it had turned it into one of Australia’s largest training companies. Today, Corporate Training Australia (CTRA) has a presence Australia wide. Its clientele reads like a Who’s Who of business, including; Nike, Myer, JR Duty Free, Ernst & Young, AMF, Metricon, Harris Scarfe and the Mitre 10 group to name a few.

Tanya personally supports numerous charities including UNICEF, Lighthouse Foundation, Mirabel Foundation, Canteen, and UIA, and encourages group social conscience within her organisation. The team is involved in a variety of charities.

Today, Tanya is enjoying her business more than ever. She says the initial growing pains have passed and the company has found its niche in the market. Tanya is married to Leonard who also runs his own business and who is a great source of advice and assistance. The couple live in Melbourne and their first baby is on the way – although some would say that her first baby is CTRA and this is baby number two!