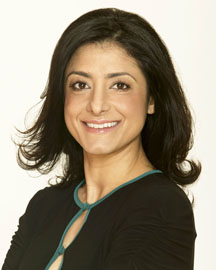 Suzi Dafnis was born in Sydney, in 1966 to Greek immigrant parents. She is the eldest of three children and completed her higher school certificate at Kingsgrove North High School in Sydney’s southwest.

For most of her career, prior to starting her own business, Suzi worked in promotions and marketing positions in the music and fashion industries. She started Pow Wow Events International in 1994, together with partner Peter Johnston. The company was named after the American Indian term for a gathering of people, an exchange of good ideas.

Pow Wow Events distributes best-selling books and other learning products, and organises seminars presented by top international authors and experts in sales, internet marketing, entrepreneurship, real estate and investing. Since 1994 it has delivered empowering educational experiences through live seminars and online events to more than 250,000 people. The company occupies more than 50 per cent of the market in the personal finance, personal development and business skills segment.

Suzi has been featured in many national publications, including The Australian, The Sydney Morning Herald, Canberra Times, MyBusiness Magazine, Voyeur (Virgin Blue’s in flight magazine), as well as on numerous radio and television programs. She also appeared in the BRW Young Rich List in 2003, 2004 and 2005, where she was profiled among this country’s great talents in business and entertainment. In 2005 she featured on Channel 7’s revolutionary business program Dragons’ Den.

Suzi is the National General Manager of the Australian Businesswomen’s Network, which provides services for more than 10,000 businesswomen in Australia each year.

Suzi travels extensively for both business and pleasure and is an avid reader, highly committed to her own personal development. She’s an avid investor in real estate and small businesses.