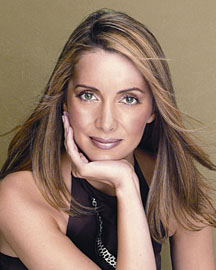 Sonia Amoroso was born in the early 1970s to Italian immigrant parents and grew up in the inner western Sydney suburb of Five Dock.

She studied communications at university’ majoring in advertising’ which gave her the tools to go on to write’ design and manage some of the most successful direct marketing campaigns in Australia.

From practically no start-up capital’ Cat Media has become Australia’s fastest growing health and beauty company’ with an annual turnover of more than $32 million. Sonia’s success is due in part to her personal passion for natural health and beauty. She is completely hands-on in her company and even though she now employs more than 100 staff she is still very much involved in everything from research and development’ to marketing. Sonia’s ability to create innovative and attention grabbing marketing campaigns using a unique and aggressive ‘hybrid’ style of marketing has given her company a distinct competitive edge’ and enabled it to grow and expand with incredible speed.

Cat Media has offices in Sydney’ Melbourne’ New York and London and exports to more than thirty countries. The company and Sonia herself have been recognised with multiple prestigious awards for achievement both in Australia and internationally.