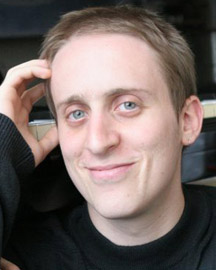 Simon Tedeschi was born in Sydney in 1981. He began studying piano at the age of five and won his first piano competition performing a Mozart piano concerto at the age of nine. Since then he has played as soloist with the Queensland, Melbourne, Sydney and Adelaide Symphony Orchestras, as well as the Fort Worth Chamber Orchestra, Texas.

In 1998 Simon was named the Symphony Australia Young Performer of the Year and awarded the Queen’s Trust Overseas Study Award of $10,000, which helped him to launch his career internationally. In 1999, he signed a recording deal with Sony Music Entertainment Australia under the Sony Classical label, releasing his debut CD in May 2000, and was subsequently nominated for a MO Award as Classical Performer of the Year and for an ARIA award – Classical Record of the Year.

During 2000 Simon performed with the internationally acclaimed harmonica virtuoso Larry Adler on his Australian tour, and for the Dalai Lama at his fundraising concert in London. He was again engaged to perform for the Dalai Lama at the Sydney Opera House in 2002. In 2005 he was invited by the Governor of NSW to perform during the visit of their Royal Highnesses the Crown Prince and Princess of Denmark.

Upcoming performances will take Simon to New York and Philadelphia, as well as to the International Ginastera Festival with a recital in St Johns Piccadilly, London. He will also tour with jazz pianist Kevin Hunt and be presenting recitals and workshops at the famed Teatru Manoel, Malta.

Charitable performances are a prominent part in Simon’s performing schedule; he is the Roving Ambassador for The Australian Children’s Music Foundation and was recently awarded the Centenary of Federation Medal by the Governor General of Australia.

Outside of music, Simon enjoys cricket, horror movies and simply spending time with his friends and family.