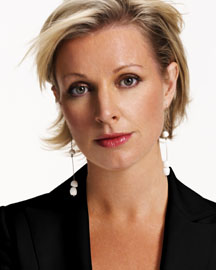 Shelley Barrett was born in Sydney in 1973. As a teenager, Shelley was very gregarious and had a love of tennis. She led a fulfilling and busy social life and always had an entrepreneurial spirit and a certain determination to succeed.

At just 21 years of age, Shelley started her career as a model agent with her own boutique modelling agency. Over the next ten years it grew into Shelly’s Management Group, comprising FACE Models, Lollipops Children Model Management and Commercial Faces Actors, and was recognised as one of the most highly respected management groups in Australia. The group managed a talent pool of 1,200 people across Australia and its models graced the pages of international fashion magazines and worldwide advertising campaigns.

By 2002 Shelly was looking for a new challenge, and based on her first-hand experience working behind the scenes in the fashion world with models and hair and makeup artists, she identified a niche opportunity for innovative, quick-fix and multipurpose beauty solutions. Her first product innovation, the Lash Wand heated eyelash curler was launched with resounding worldwide results. Within just a few months it had sold out around the world and was featured in beauty editorials across globe. The staggering success of this first product showed Shelley that her instincts were right, and ModelCo’s brand, business plan and goals were put into place.

In its first two years Shelley led ModelCo to an impressive $5 million in turnover and an astonishing 200 per cent growth in turnover. ModelCo is currently distributed throughout Australia, New Zealand, Europe, Asia, the United States and the Middle East.

Today, Shelley enjoys working with her fabulous team creating world-renowed quick-fix beauty tricks, travelling the globe. Shelley and husband Damien had their first child in Sept 2005, a beautiful baby girl and is loving being a mother. Weekends are spent with her family, close friends and doing the Bondi to Bronte costal walk.