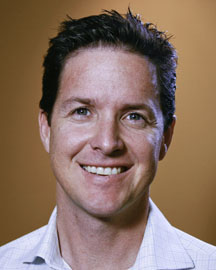 Shane Toohey was born into the farming community of Atherton, in far north Queensland, Australia. Together with his two brothers, Shane spent his first years running around the farm and going to school in bare feet. When his parents divorced, the three boys continued to live with their father until he remarried and moved the family to Sydney.

At the age of 23, Shane saw snow for the first time in Canada. He quickly developed a passion for the mountains and sought to challenge himself on the steep remote mountain faces of Canada and Europe. At 24, he set an ambitious goal to make first ski descents on all seven continents.

With only five years of skiing experience, Shane went on to lead expeditions in Peru, New Zealand, Kazakhstan, Kenya, Canada, Turkey and Patagonia. Ten years later he completed his goal on a summit in Antarctica.

Prior to his trip to Antarctica, Shane was the vice-president of an internet technology company that was funded by a global airline. After September 11, the company was made insolvent and Shane was made redundant.

Shane immediately sought to combine his leadership experiences from the worlds of adventure and business, and created a business consultancy called Peak Teams. Together with his business partner, Ian Schubach, Shane developed a patent-pending technology that simulates adventure environments to create unique and powerful learning programs on leadership, teamwork and change. Peak Teams works with some of the biggest and best-known companies in the world.

Today, Shane bases himself in Santa Cruz, US, and Sydney, Australia. He is happily married to a beautiful English lady and has two gorgeous sons. When he is not leading Peak Teams sessions he can be found in the surf or playing in the yard with his boys.