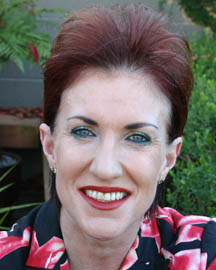 Sally Anderson was born in 1965 in Tokoroa, New Zealand. She spent four of her early years in Vancouver, Canada, (where she learnt to ski) before returning to New Zealand and spending her childhood growing up in Ohope, in the Bay of Plenty. Her mother was a teacher for the intellectually disabled and her father was a guidance counsellor within the secondary school system. A visionary ahead of his time, his contribution to youth reform, and latterly aquaculture in New Zealand, left a formidable legacy.

At the age of 15, Sally was abducted and gang raped by the Mongrel Mob (a New Zealand gang) in one of the worst reported attacks of its kind in New Zealand in the early eighties. In 2004, her story of survival, courage and transformation was profiled on New Zealand 60 Minutes. Her story is an extraordinary testament to human survival and commitment to the highest level of human performance against all odds.

Her determination to regain her life following this trauma led to Sally immersing herself in a range of courses for over 20 years, and as a result she has been trained in a broad cross section of personal development curricula.

Today, Sally is a prominent futurist, visionary and behavioural specialist. She has established a unique coaching organisation in Auckland, New Zealand, that specialises in executive coaching, legacy leadership and transformational seminars focused on the advancement of human performance.