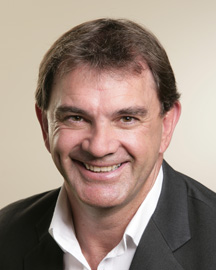 Ron McLean was born in Guyra, on the northern tablelands of New South Wales, in 1962. His aptitude for creative business ideas and his leadership abilities were evident from an early age. Raised in a family of four children, which often struggled financially, Ron quickly developed ways to create funds for his adventures.

As one of the top students in his school, Ron became a communications trainee and went to a technical college. He later completed a master’s degree, and was the first in his family to attend university. He is a Fellow of the Australian Institute of Management and member of numerous professional bodies.

Ron worked for a large communications company before deciding to leave and start his own business, a venture that was so successful that he was able to retire at age 34. Bored without the challenges of business, Ron was recruited to turn around one of Australia’s largest hospitality businesses, taking it from the brink of bankruptcy to significant profits. Today, he is the managing director of business consultancy company, Creating Synergy.

A true entrepreneur, business mentor, author and inspirational speaker, he has a ‘can do’ attitude and believes in people and businesses reaching their potential in any circumstances.

Ron lives on the New South Wales far north coast with his wife, Pauline, and four wonderful teenage children, Joshua, Kate, Alex and Olivia. When he is not travelling the country speaking at conferences and conducting business seminars, he can often be found living on the edge as he races his children down the ski slopes on a snowboard.