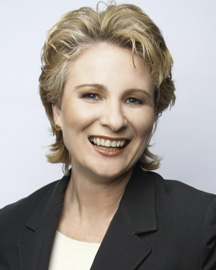 Philippa (Pip) McKay was born in Melbourne in 1965. Soon after her birth, Pip’s family moved to Southeast Asia where her father was a diplomat. After returning to Australia Pip’s father retired and soon passed away. Her mother became a teacher and later a university lecturer specialising in Southeast Asian history.

As a student, Pip was diagnosed with dyslexia and ADHD, and in her late teens with depression and chronic fatigue. Despite these labels she went on to graduate with an honours degree in English literature and drama from the University of New South Wales and a Diploma of Education with distinction from Sydney University where she won the PR Cole Memorial Prize for Excellence. She continued her acting studies at HB Studios in New York, with renowned actor and author, Uta Hagen.

Pip taught English and drama in the UK and Australia and then left teaching to run the educational arm of the Sydney Theatre Company and set up her own acting company Spark Productions. She then studied numerous therapeutic techniques and became a trainer of Neuro-Linguistic-Programming, running programs through her company Evolve Now! Mind Institute. From her years of experience coaching and training Pip pioneered a new technique called Matrix Therapies that has gained widespread popularity. She is considered an expert and leader in her field. She is a sought-after trainer for both public and corporate programs and has created numerous CD and DVD packages covering areas as varied as business skills, emotional healing and helping children learn.

Pip lives in Manly, Sydney, and when not working and writing she enjoys swimming, scuba diving, dancing and horse riding. She also loves to read historical novels and goes to the movies and the theatre (where she often sees her ex-students).