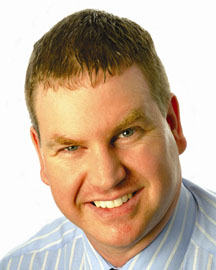 Phil Jones was born in Auckland in 1967. Together with his brother Andrew, he grew up under the direction and guidance of their parents, who worked as a nurse and a carpenter. As part of a middle-class family that got involved in a variety of businesses to improve their struggling financial position, Phil learnt the value of investing, money, business and hard work at an early age.

At age 16, Phil left school to become an electrician. After falling through two ceilings and failing to achieve the financial results he wanted, he left and joined a struggling telecommunications company. Phil was the first employee of this company, which was losing $5,000 a month and servicing only 43 customers. In the following years, Phil became the company’s corporate troubleshooter and change agent, and helped turn the company around.

After nine-and-a-half years, Phil’s boss told him that he was selling the company and taking a $13.5 million pay cheque. A stark reality set in for Phil – he was going to be out of a job! He suddenly realised that he had spent almost ten years of his life building wealth for someone else. He made the decision to never be an employee ever again.

Today, Phil and his wife, Corinna, operate an international group of companies that includes Richmastery, New Zealand’s largest real estate education business. Phil is a highly respected business and property speaker and the author of more than six books. His businesses have allowed him access to some of the world’s richest and most powerful businesspeople, entrepreneurs, celebrities and sportspeople.

Phil and Corinna have two children, Jack and Cheinnelle, and when they are not travelling they are often involved in a range of different charities. Phil is passionate about life, his family, empowering others and his Ferrari.