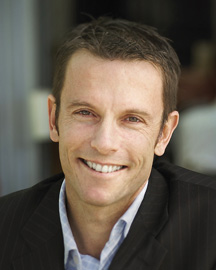 Peter was born in Kempsey, New South Wales, in 1964 with an apparently incurable disease, which kept him in a humidicrib for the first six months of his life. Surviving against the odds, Peter completed all of his schooling in Brisbane, excelling in cricket and tennis at a representative level.

After graduating from the Queensland University of Technology with a degree in business in 1986, he spent the next 15 years working in and out of the accounting profession, with stints in executive recruitment and professional travel. Peter spent the majority of his career, prior to coaching, in the corporate and charity sectors, most recently as acting CEO and national finance director of the Leukaemia Foundation of Australia.

Peter also spent 12 months touring Europe and Africa on his bicycle, a journey that he describes as being a defining time in his life. He realised from his travel that no matter where you go or who you meet, we are all the same – a very humbling realisation. After seeking the assistance of a coach, Peter discovered his true calling and founded Ingenius Coaching. Five years on, Ingenius now has offices in Brisbane, Melbourne and Hong Kong. He believes that everyone has a genius inside them and has a vision to help as many individuals and organisations discover and live their own unique and powerful truth – their genius.

Peter is a Master Certified Coach with the International Coach Federation, a master practitioner in Neuro-Linguistic Programming, a graduate in positive psychology and authentic happiness, a qualified fitness instructor and a certified practising accountant (lapsed). He still plays high-level competitive tennis and is passionate about sport at all levels.

Peter and his wife, Jane, have two children – Josephine and Trinity – and are expecting their third in April 2007.