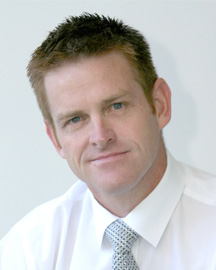 Peter Baines was born in the western suburbs of Sydney, New South Wales, in 1966. He attended his local high school and was repeatedly told, ‘Peter would achieve more if he paid more attention and spoke less’.

After completing year 12, Peter commenced an arts degree for no reason other than he got the required marks to do so. Shortly after starting university, he left to join the New South Wales Police Force and spent the next four-and-a-half years in general duties policing at the infamous Cabramatta police station.

In 1990, Peter found his true calling and commenced duties with the Forensic Services Group of the New South Wales police. He spent two years working as a crime scene investigator in Sydney and ten years working in Tamworth. It was there where he and his wife, Nicole, had three children, Lachlan, Kelsey and Jack. During this time, Peter also completed his university studies in forensic science and law.

In 2002, Peter proudly returned to Sydney to manage the very same office in which he had commenced his forensic career. Later that same year, the Bali bombings provided Peter with his first opportunity to step into the arena of international crisis management.

In 2004, his leadership skills were called upon again in response to the Boxing Day tsunami. Peter spent three months in Thailand, leading Australian and international deployments responsible for identifying and repatriating tsunami victims. In 2006, he was awarded the Humanitarian Overseas Service Medal in recognition for his work.

Peter now spends his time between his duties with the Forensic Services Group and his passion for inspiring leadership in others. He is a highly sought-after keynote speaker and trainer and uses these opportunities to raise money for an orphanage that he helped build in one of the most tsunami-ravaged areas of Thailand.