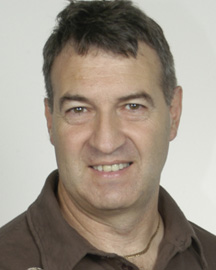 Michael Reddy was born in Hamilton, New Zealand, in 1961. As his two elder sisters moved to Australia when he was young, Mike had the advantage of experiencing a close bond with his parents, who encouraged him to go into accountancy.

Mike studied accounting while working for the NZ Dairy Company and qualified as a chartered accountant at the age of 23. During his tenure, Mike observed one of the most significant turnarounds of all, when the unprofitable dairy giant reinvented itself to become one of the biggest and most successful dairy companies in the world.

He received a number of promotions and was the first accountant to be relocated to a manufacturing site, where he implemented key financial reporting systems and assisted technical managers to better understand their progress and the financial implications of their decisions. He also advised on the organisation’s non-core activities, including retailing and coal mining.

Since leaving the company, he has held various senior accounting roles with some of the largest companies in the region. In 1994 he created his own traditional tax-based practice before transitioning it into a boutique advisory consultancy, where he mentors and coaches business owners and key decision makers.

Mike has been regularly utilised by the media to comment on small business affairs and has tutored accountancy and presented countless seminars to business owners and accountants throughout Australia and New Zealand on a range of business development topics. He has continued furthering his interest in consumer behaviour and the inter-relationships between that and business models adopted by high performance companies.

Mike lives on Sydney’s North Shore and continues to advise manufacturing, retail and professional service firms in four countries. He is a keen Rotarian who also enjoys time on the hockey field.