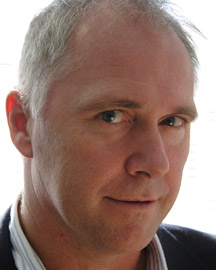 Malcolm Auld was born in Sutherland, New South Wales. When he was nine his family moved to Carlingford where he completed his schooling. While at school Malcolm played semi-professional soccer, with the goal of playing professionally in the inaugural year of the national soccer league.

Malcolm’s soccer ambitions were abandoned when career opportunities presented themselves. He spent the next eight years completing a marketing degree, advertising certificate and direct marketing certificate at night. By age 22 he was the national marketing manager for TNT. Two years later he started his first marketing consultancy, Feedback Marketing, and at age 28 he became the head of Ogilvy & Mather Direct in Australia – the youngest Ogilvy & Mather board member in the worldwide network.

Since 1987, Malcolm has worked in the US, Asia and Australia running advertising agencies for Ogilvy & Mather Direct, J Walter Thompson, Euro RSCG Partnership and his own agency, Malcolm Auld Direct (MAD). He is also the principal of The Marketing Campus, a specialist marketing, publishing and education company, and has educated marketing executives in 15 countries. Malcolm’s book Direct Marketing Made Easy is one of the best selling marketing texts in Australia and his book Email Marketing Made Easy was the first non-American book on the subject.

With his agencies winning numerous international awards, Malcolm is a major contributor to local marketing education programs. He has written and delivered courses for the Australian Direct Marketing Association (ADMA), the Australian Institute of Management (AIM) and other industry associations on topics including branding, direct marketing, email marketing and e-marketing. For over 25 years he has volunteered services to ADMA in both New South Wales and Victoria.

Malcolm lives and works in Manly, Sydney, and is married with two small children.