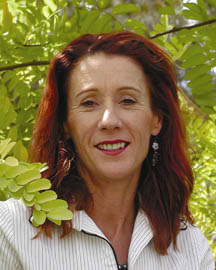 Maggie Manson was born in the Northern Beaches of Sydney to a father who was a historian, university lecturer and writer, and a mother who sailed solo around the world.

When she was 18, she moved to Los Angeles to spend some time at college. During this time she started to meet entrepreneurs and soon realised that she would rather work in sales than nursing, so her first sales job was selling kitchens.

Ten years later she returned to Australia and convinced Fujitsu to hire her as a customer service representative. After being quickly promoted to promotions manager for her department, she found that she was spending half her salary on her wardrobe because it was a high-profile job. With a burning desire to buy real estate she realised that she needed to double her salary. It was at this point that she approached Imagineering (one of Fujitsu’s biggest clients) for a job on their sales team selling PCs and peripherals. They took her on and eight months later she bought her first unit with her increased salary. After some time, Maggie was offered a job in barcoding, and five years later she started her own barcoding business.

Barcode Direct began at Maggie’s kitchen table, but from day one her business was profitable without the need for a bank loan. The company is a market leader in supplying barcoding to public hospitals throughout Australia and is the preferred supplier to public libraries. Barcode Direct has grown steadily for 12 years with a turnover close to $3 million.

Maggie has a passion for cutting horses and competes on a state level. Her dream is to one-day buy a cutting ranch within a few hours of Sydney, and to help other people to start their own businesses.