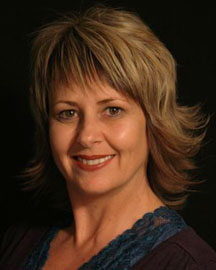 Libby Dedman was born in Newcastle, New South Wales, in 1962. As the eldest of three children she was brought up in a sporting family that enjoyed spending time in a fishing boat on the shores of Lake Macquarie.

At the age of 16 Libby left school and started a hairdressing apprenticeship in a small suburban salon. At the end of her four years’ training she was awarded the NSW State Apprentice of the Year, in addition to six out of eight other skills-based awards. This was to be her first taste of success for hard work and she liked how it felt.

When Libby was 21 years old she bought her first hairdressing salon, Just Libby. Within five years she had employed and trained three apprentices and opened up a second salon. Eighteen years later Just Libby, with 25 staff members, relaunched itself as Just Liberated. Over the next three years her business grew by more than 40 per cent.

Libby has been the recipient of numerous awards including The Award for Excellence in Retailing and The Global Salon Business Award, which recognises entrepreneurial business excellence and achievements from across 22 countries.

When not working on the salons and her business education, Libby’s three children keep her busy with their sporting and musical activities. She also enjoys attending race days when her husband’s horses are racing, and barbequing with friends.