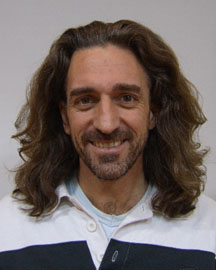 Kim Reilly was born in rural Tasmania in 1968. After leaving school, he embarked on a number of unsuccessful business ventures before joining the Australian Navy.

During this time Kim learnt the importance of education and eventually went on to become an officer and navigator. When he received a major wake-up call from a friend and mentor who made him question the direction of his life, he took immediate action and resigned from the navy the next day.

Kim’s stock market career began when he bought an $8,000 trading program, and he quickly learnt an important lesson: don’t invest in something you do not understand. After this initial setback, he launched into education and invested over $250,000 in books, seminars and programs about trading, but didn’t put this knowledge into practise until he found someone who agreed to train him as an options trader.

After losing his initial trading bank twice, and returning to work, Kim finally found the key to trading success. Over the next five years he made more $3 million from trading options, including his famous single trade that made $1.8 million.

Trading success allowed Kim to embark on his real passion of educating others. He has presented his strategies to over 65,000 people and delivered keynote presentations for Anthony Robbins seminars and Rene Rivkin’s clients. He once presented to more than 8,000 people in a single day.

Kim ‘retired’ from serious trading three years ago, starting a completely different journey in his life, financially and spiritually. He lives on the Central Coast of New South Wales, has three children and is writing several books on trading, psychology and life.