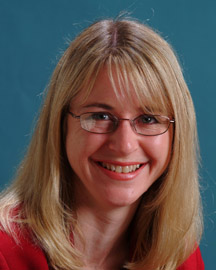 Kim McGuinness was born in Sydney in 1966 to Danish and Scottish parents. From an early age, Kim was involved in organising social functions and running businesses such as car washing, dog walking and many lemonade stands!

After leaving school in 1984, Kim studied a Bachelor of Business while working full-time in the area of accounting and credit management. After realising this career was not for her, she began to focus her attention on her more creative talents. She entered the field of market research during a two-year stint in the UK where she thrived on building a strong rapport with her clients and was recognised for her leadership qualities and innovative flair. Upon her return to Sydney, Kim completed a Diploma in Marketing Management and is currently studying a Bachelor of Applied Science, majoring in web design.

Kim launched her highly respected company, Centrum Events, in 1999. Over the past eight years she has successfully staged many events catering for between ten and 2,000 delegates, and engaged speakers ranging from the unsung heroes of the business world to the Prime Minister of Australia. Among her clients are many of Australia’s leading companies and associations, including CCH Australia, St James Ethics Centre, Australian Business Limited, the National Speakers Association of Australia and many more.

Kim is most widely recognised as the founder of The Businesswomen’s Breakfast Series, which began in March 1999 and has grown to become one of Australia’s premier women’s networking events. The Businesswomen’s Breakfast Series is now a part of Network Central which Kim established in November 2004. Kim was a finalist in the Sydney Business Review’s Businesswoman of the Year Award in 2003 and was nominated for the Telstra Businesswoman of the Year in 2004, 2005 and 2006.

Kim now lives on the North Shore of Sydney with her husband and two small children.