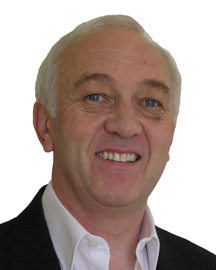 Julian Campbell was born in Twickenham, England, in 1947. Together with his brother, he grew up in rubble-strewn post-war south London, which evolved into the exciting swinging 60s and the call for peace. In fact, his first brush with fame and success was when he spent his Saturday nights in local pubs enjoying the company of many of the then-unknown pop groups, like the Rolling Stones.

When he left school, Julian followed his father’s lead and qualified as a professional mechanical engineer. He had been in the Scouts and Cadet Force during his adolescence, and when he immigrated to Australia in 1972 he enlisted as an officer in the Royal Australian Air Force. Since then Julian has gained over 30 years of practical hands-on experience as a senior executive, business owner, coach and consultant across dozens of industries.

In April 2005 he formed a Business Swap club, a dynamic organisation focused on personal and professional growth. The following year he was named President of the Year by Business Swap Australia for his efforts in building this successful club.

Julian is the author of Stop the Wheel…I Want to Get Off!, a book designed to help businesses owners get off the treadmill of their business, make bigger profits and spend more time with their families. He is also the co-author of It’s Your Money…So Get Paid, which takes a candid look at feeling comfortable with asking for what you’re worth and then collecting what you are owed.

Today, Julian is a sought-after professional speaker and every week over 40,000 people tune in to hear his business wisdom tips on his regular radio show, Business, the Law and You. His passion is helping organisations and business leaders turn dreams into realities through change management, business building, mentoring, training and motivation.