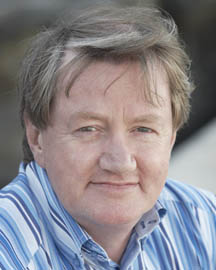 John Rawson was born in Auckland, New Zealand, in 1956. As the son of a farming consultant, he moved around the country in his early days.

Although he did well at school, he was told that he was not working to his full potential. After finishing his Higher School Certificate he began a career in the racing industry, which involved working with some of New Zealand’s top horse trainers. In an effort to further his experience he moved to Australia.

Arriving in Australia, John met a salesman who earned 20 times as much as he did. He decided that sales was a career path that was going to make him wealthier than working with horses, and got a job in sales. Within 90 days of starting with an international company he won his first award and was voted best new salesperson in the world.

He remained at the top of his profession as a salesperson before becoming self-employed and moving into direct marketing. He founded Demtel International, a business that became a household name in Australia, and provided John with a platform to travel and work overseas. During this time, he developed a reputation for being able to sell anything. The discipline of marketing also taught John that operating a business required endless research and planning in order to avoid failure.

With 25 years of business experience and a demonstrated gift for sales, John turned his hand to business consulting. He has since built a consultancy practice that specialises in business management and leadership systems based on improving people skills.

John lives in Sydney with his partner, Claire, and his children, Sean, Asta, Alex and Bill. He has published a management system and his company, Success Gym, conducts training in all areas of human performance improvement, leadership, management, business strategy and planning.