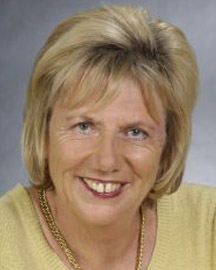 Jenny Cartwright was born in Birmingham, England, in 1950. From the age of 12 she had a flair for languages and her desire to travel saw her spending school holidays with French and German families.

She completed a diploma in languages and accepted her first job as a travel representative in the South of France, where she looked after people on holiday. It was during this time that Jenny came up with the idea of creating her own fun activities and excursions that she could sell to earn some commission.

Jenny moved to Australia in 1978 just as tourism was beginning to develop. Starting as a sales representative for the Telford Hotel chain she quickly advanced to national sales and marketing manager. In 1984 she was poached by Centralian Holidays and worked as the international sales and marketing manager for three years until she married and took a Sydney-based job with Insight International Tours.

When her first child was born, Jenny switched to telephone selling. From 1991 to 1997 she used direct mail and telemarketing campaigns to successfully promote inspiring speakers such as Tom Hopkins and Anthony Robbins, Zig Ziglar, James Rohn and Denis Waitley. In 1995 she qualified as a trainer and has been conducting in-house sales and telesales training for companies ever since.

Jenny’s desire to enable salespeople to become more successful inspired her to write her book, Don’t Get Hung Up! (How To Sell Products and Services By Phone).