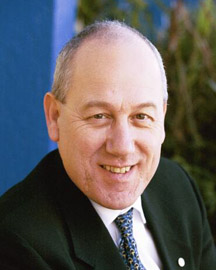 Jack Fraenkel was born in Edinburgh, Scotland in 1951. He was the second child of a marriage between a German/Jewish Holocaust refugee father and a Christian East Ham cockney mother. When Jack was eight, his parents divorced and his father raised him and his sister.

Jack hated school with every fibre in his body and eventually convinced his father to let him leave at 16. Jack spent six months travelling Europe with only £50. He earned his keep by playing his guitar and singing Scottish and Irish folk songs in a variety of dingy bars.

After completing a retail traineeship with FW Woolworths he joined the family wholesale business in 1970. However, in the following year he moved to Australia to help his mother, who had emigrated many years earlier.

In 1972, he joined a photographic store chain in Perth, Western Australia, and bought his first retail camera store in 1977, which was successful until a fire in the adjacent building seriously damaged it. Jack learnt the folly of underinsuring from this experience, and had to close the business.

He joined a duty-free retailer and once again found himself managing a store in Perth’s CBD. In 1985 he was headhunted by Allders International for a position as assistant operations manager of the duty-free stores at Sydney airport. Jack worked his way up the ranks and occupied various middle management roles before becoming general manager of Downtown Duty Free.

Since being made redundant in 1998, Jack has run his business consultancy company, working with a variety of national retailers, direct sales organisations and franchisors.

Although Jack is an asthmatic cancer survivor with multiple sclerosis, he spends much of his spare time as a Scout abseiling instructor. He has a passion for life and business and is frequently invited to speak on a variety of subjects from motivation and goal setting, to customer service and team building.