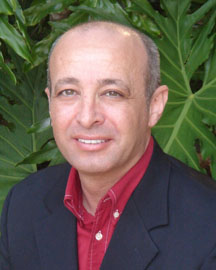 George Bakrnchev was born in Melbourne, Victoria, in 1966 to European immigrant parents. He is the only ‘hearing’ child in his family, with both of his sisters being deaf. Although George didn’t speak English on his first day of school, by the age of five he knew three languages and was constantly in trouble for talking too much.

At age 13, after working in a petrol station for four weeks, George was left alone to manage it. He provided good old-fashioned driveway service and as a result business boomed. It was at this point that he realised business was for him.

While studying for his Bachelor of Behavioural Science, George realised that he wasn’t passionate about becoming a clinical psychologist, so with a small business family background, he became a business psychology specialist instead. Being more interested in ‘practice’ than ‘theory’, George’s first business venture at age 20 took his father’s business from $600,000 to over $3 million in sales in less than 18 months.

At age 22 George married the love of his life Dee, and promised her a big life. The next five years were anything but. The couple had three kids within three years, a seven-day-a-week menswear business, a fierce competitor and a diving economy to deal with.

Over the folowing five years, George created the Red/Yellow/Green Day™ system and a business success formula called 24-170™. Red Day Coaching™ was established in 2006 and is one of the country’s fastest growing franchises.

George’s system allows him to take more than 200 days off per year, work a maximum of 24 hours during the week, and live in a mini-resort on the Sunshine Coast, Queensland. At this stage of his life, he and his wife are happy spending time in their little paradise enjoying their three teenagers.