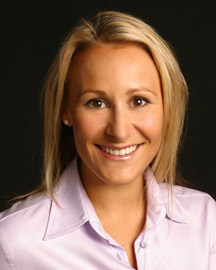 Emma Isaacs was born and raised in Sydney. As the eldest of three, she spent her childhood bossing other kids around (although at the time she called it ‘leading’) and often challenged her teachers and neighbours with her opinions about the world.

Able to read and write before she started school, Emma attended a selective school where she took more of an interest in sport and extracurricular activities than her books. She made two failed attempts at university, preferring to educate herself through mentoring, reading and personal experiences.

After her first attempt at a business degree, majoring in human resources, Emma went on to meet her first business partner and established a recruitment company called Staff it. She led the company as its managing director for seven years, seeing it grow exponentially and achieve Australia’s Favourite Recruiter in the SEEK Awards for three consecutive years.

Emma is now the chief chick of Business Chicks, a national community for businesswomen whose mission (apart from doing good in the world and connecting and empowering women) is to raise money for the children’s charity, Kids Help Line. In the 12 months that she has operated Business Chicks Emma has not taken a personal income from the business, donating over $120,000 to Kids Help Line.

Emma lives in Sydney with her entrepreneur partner, Rowan, and their cute Pomeranian, Mia. She is a columnist for SmartCompany and is in the process of writing her first book. When she’s not on the laptop, she’s on the BlackBerry, and when she’s not on that, she’s sleeping.