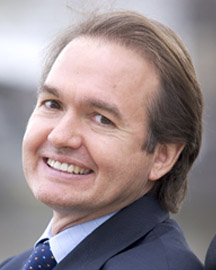 Dr John Gray holds a PhD in psychology from Columbia Pacific University and is a Fellow Diplomat of the American Board of Medical Psychotherapists. For over 30 years, he has presented seminars throughout the world, helping men and women to understand, respect and appreciate their differences. His expertise and authority in the field of relationships, psychology, gender communication and personal and professional growth is supported by his best-selling book, Men are from Mars, Women are from Venus, which has sold over 40 million copies and spent more than six years on the New York Times Best Seller List. Incredibly, it outsold all other books in the 1990s with the exception of the Bible! John has since added to the Mars/Venus collection with a range of best-selling books that further develop his unique approach to managing modern relationships.

Known for his humour, compassion and simple wisdom, John established Mars Venus Coaching, which has grown into a multimillion-dollar global franchise aiming to improve the lives of people around the world through business and life coaching. John’s worldwide seminars and workshops cover topics such as relationships, dating, sex, divorce, parenting, personal success, workplace communication, practical miracles and healing. He’s also developed new concepts and skills that can be applied to the business world. Mars and Venus Workplace Seminars result in increased individual, team and organisational performance.

John is one of the most sought-after international media identities and celebrities. He is a frequent guest on major US television and radio network shows and has often appeared in Australian and other international media. He lives with his wife, Bonnie, and their three children in Northern California.