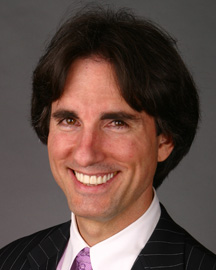 Dr John Demartini was born in Texas, USA, and was told at the age of seven that he had a learning disability and would never read, write or communicate. He dropped out of high school at 14 and spent the next three years living on the streets. A near-death experience at the age of 17 was the catalyst that allowed him to make the decision that would change the direction of his life.

Today, Dr Demartini is a leading authority in the arena of health and the human potential. An inspirational speaker presenting over 300 days a year in more than 50 countries, he is also the author of over 40 books, including the best seller, The Breakthrough Experience. His knowledge and experience is based on 34 years of research and studies from more than 28,000 texts in over 200 disciplines, including psychology, metaphysics, theology, neurology and physiology.

Dr Demartini has grabbed global attention in more recent times with the development of The Demartini Method®. Today his work is studied in numerous universities and is presented to psychologists, psychiatrists, social workers, health professionals and prison workers throughout the world. He has been a guest on Larry King Live, The Early Show, This is America and The Voice of America.

Once married to the late Athena Starwoman, Dr Demartini has several homes along the Gold Coast of Australia as well as an apartment aboard The World – a luxury cruise liner that circumnavigates the globe.