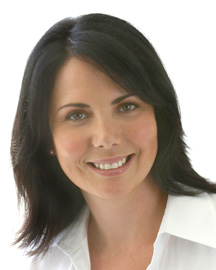 Domonique Bertolucci was born in Perth, Western Australia, in 1970.

Her first career as a fashion model took her to London at the age of 22. There she underwent a dramatic transformation from model to corporate high-flyer. She spent the next ten years in the fiercely competitive and cutthroat world of investment banking, where she earned a reputation for turning around dysfunctional and under-achieving teams, and managing high performers.

In 2003, Domonique returned to Australia and established Success Strategies, a company that delivers business and executive coaching programs, coaching skills training and a range of personal and professional development workshops, focusing on motivation, personal leadership and balance. After publishing her first book, Your Best Life, she established Your Best Life Coach, a new enterprise dedicated to delivering personal coaching programs based on her book. In early 2007, Domonique launched the Your Best Life Coaching Club, which has participating members from all over the world.

Widely recognised as an expert on how to achieve real success, Domonique has personally spent over a thousand hours coaching high-achieving business owners and executives; people who want to achieve ambitious professional goals, without burning-out or losing sight of who they are and why they wanted it in the first place. Highly sought-after as a keynote speaker, she is known for getting audiences to think about what it is they really want from life. Domonique regularly appears on television and in the print media and is an ambassador for Opportunity International, the micro-finance organisation that provides loans to poor entrepreneurs in developing countries.

Domonique now lives in Sydney with her husband and in her spare time she can be found at the cinema, practising yoga, and keeping up the great Italian tradition of feeding the people you love.