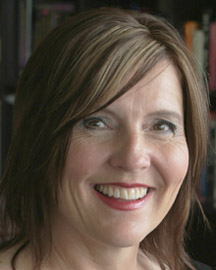 Denise Hall was born in 1961, and grew up in the Olympic Village (post Games) in Melbourne. After completing her Higher School Certificate, she had no idea what she wanted to do and was not keen (at that time) to continue an ‘institutionalised’ education. Instead, she decided to get a job and earn some money.

After a few false starts, Denise’s history of full-time, salary-paid employment was dominated by working for one of the top four banks in Australia followed by an international management consultancy. She officially ‘retired’ in 1997 when she eventually became disenchanted with working in the corporate jungle.

At the ripe old age of 36 Denise found herself unemployed, homeless, and pregnant. It was at this time that her entrepreneurial spirit was ignited. With some clever and rather fortunate business partnering, and some hard innovative work, Denise took over aCE talentNET on a national level and built a solid foundation for its successful growth. aCE talentNET is run entirely by entrepreneurial mothers, just like herself.

Denise believes that Frank Sinatra’s song ‘I did it my way’ epitomises her journey to date and will no doubt continue to do so. She is not one to blindly follow others, but rather blazes her own individual trail, a fact that is evident in her story thus far.