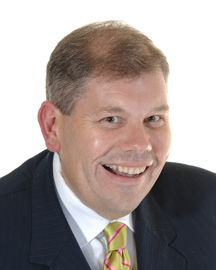 David Staughton was born in St Kilda, Melbourne, in 1962. He studied geology and went on to work with five of Australia’s largest mining companies.

David left the mining industry to start his own business and became a millionaire by the time he was 30. He bought a derelict restaurant site in the Dandenong Ranges and turned it into Victoria’s busiest single-room reception centre. He then bought a nearby motel and dramatically increased its functions business and occupancy.

Over 15 years he grew a function venue empire with an enthusiastic hospitality team that hosted more than 2,000 weddings and functions. He won the Australian Bridal Industry Awards three years in a row and mastered the art of selling off-peak functions and events. During this time he also owned and operated a retail travel agency and was Chairman of the Dandenong Ranges Tourism Association.

Since selling all of his businesses in 2001, David has been using his unique skills and experiences to coach CEOs and train their teams. He is currently a professional speaker and team trainer on off-peak selling, cross-selling and sales management strategies. David’s clients include ASX listed companies, franchises and multi-site businesses in a wide range of industries.

David lives with his wife, Michelle, and their children, Maddison, Brooklyn and Texas in St Kilda. He manages to find time to balance his many business activities with quality family time.