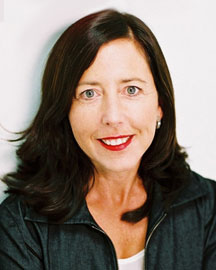 Carol Comer was born in 1964 and grew up in the small country town of Thames on the Coromandel Peninsula in New Zealand. While she did very well at Thames High School, she was keen to embark on a business career, and chose to join the workforce rather than go on to university.

After establishing a successful career in sales and marketing, Carol started High Impact Marketing Limited after she had her daughter, McKenzie. She was looking for an alternative that would enable her to have fulfilling roles both as a mother and as a businesswoman.

Starting from the basement of her home, High Impact has grown to become a multi-million dollar business that exports promotional products all around the world for clients such as Burger King, Coca-Cola and Air New Zealand. High Impact has won seventeen international awards for its creative and innovative product solutions.

Carol was one of three Kiwi entrepreneurs to take on three Aussie entrepreneurs on the NZ television production The Money Game, and she has been profiled in The New Zealand Herald, North & South magazine, Her Business Magazine and The Kiwi Effect business success book. She regularly conducts motivational speaking for business and school groups.

Today Carol lives with the husband Rob and daughter McKenzie, between their house on Great Barrier Island, Auckland and their newly acquired home at Mermaid Beach on the Gold Coast.