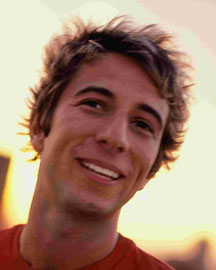 Ben Korbel was born in Sydney in 1978. Growing up on Sydney’s northern beaches, his musical career kicked off at the age of five with weekly piano lessons in local Beacon Hill.

Ben began DJing at just sixteen with a belt drive turntable and cassette deck. With money he earned from selling homemade mix tapes he was able to buy proper decks, and was soon co-promoting and DJing at dance parties all around Sydney. Since winning the prestigious Bedroom Bangers DJ competition, Ben has become one of Australia’s most popular DJs.

Over the past few years Ben has been billed with all the big guns, including Digweed, Sasha, Dave Seaman, Nick Warren and Paul Oakenfold. He’s been featured on Digweed’s Kiss radio show; Dave Seaman flew him to Ibiza for his Global Underground launch (and again to London to play Renaissance at The Cross); Peace Division’s Clive Henry named him their favourite Australian DJ; and in 2001 he was voted Number One DJ in the Oz Top 20 DJ poll.

Ben is currently gearing up for a two-month stint across Europe DJing in Germany, the UK and Spain. When he returns he will be launching a new music festival across Sydney and around Australia in summer 2006/7.