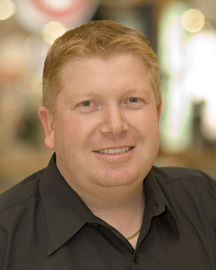 Ben Fewtrell was born in Sydney in 1973, and grew up watching his parents work hard in their textile importing business.

At the age of 13 Ben got his first job, working every weekend at the Balmoral Beach boatshed for $1.00 per hour. He quickly realised that if he built a good rapport with his clientele they would give him generous tips, and was soon making four or five times his hourly rate.

After leaving school in year ten, Ben decided to become a panel beater, but it wasn’t long before he realised that it wasn’t for him. He spent the next 12 months going through as many jobs as there were months, until he found himself in a telesales role, selling home cladding. It was here that he first discovered his love for sales. From that point onward, Ben was involved in several sales roles.

At the age of 18, Ben bought himself a van and started his first business. For the following three years he worked hard as an owner/driver, later becoming an operations manager for a multimillion-dollar transport company. At the age of 24, he started his own transport company. After four years of building the business, he sold it to become a business coach and pursue his love – the business of business.

Ben now co-owns one of the largest business coaching firms in Australia and has personally coached over 100 businesses. He is a regular contributor to several national business publications and is involved in other business interests that operate without his day-to-day involvement.

Today, Ben lives in Sydney’s north-west with his wife, Nichole, and their two children, Mitchell and Lauryn. When he isn’t working you’ll find him spending time in the great outdoors, camping and four-wheel driving.