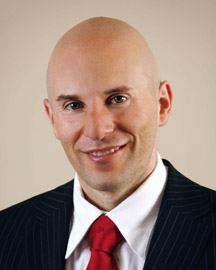 The youngest of four gifted children, Bakous Makari was born in north Lebanon, in 1967. The following year, his family immigrated to Sydney, where his parents instilled in their children the importance of hard work and education in achieving success.

As a young boy, Bakous was fascinated by what made wealthy people so successful. As important as a proper education was, he knew that there was more to wealth creation than he could learn in the classroom.

The turning point came when he decided to buy some simple gym equipment. His friends wondered what he was doing when he bought a rusty pair of weights for $10, until the next week when they saw those same weights cleaned, polished, and being resold for $100. That was all he needed to make him realise that those who understood how money worked, and had the right mind-set, could create wealth. One without the other was useless.

After achieving his CPA in 1993, Bakous worked in a number of accounting firms, but became frustrated with the traditional approach. Instead of merely recording history, he wanted to unlock the opportunities he knew existed within the balance sheets of many of his clients.

In 1997 he started Makari & Co, a business founded on the principle of ‘We See Opportunities, You See Results’. In the last few years he has helped his clients save millions of dollars in tax and put those savings to work with investments that, by conservative estimation, will reap tens of millions of dollars in the next ten years.

His work has attracted the attention of Jay Abraham, who has actively endorsed Bakous’s wealth creation service. He has been profiled in BRW and in The Sydney Morning Herald, and provides tax tips with Paul Clitheroe on Sydney’s 2GB radio station.

When he’s not helping others on their way to financial freedom, Bakous maintains a healthy, balanced lifestyle, keeping fit and enjoying time with his wife, Marcha, and their two children.