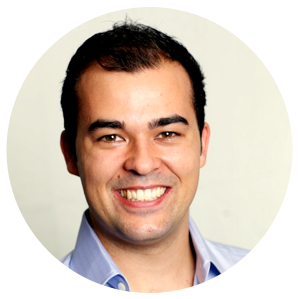 Dale Beaumont is one of Australia’s most successful young entrepreneurs. Having built three different million-dollar businesses before the age of thirty, today Dale is the founder and CEO of Business Blueprint®, the world’s most forward-thinking business education company.

Dale is also the author and publisher of 16 best-selling books, which have collectively sold over a quarter of a million copies. Incredibly, 11 of those 16 books were published in a single year, a feat that earned him the title “Australia Most Prolific Author”.

As a result of Dale’s success, he has been interviewed on Sunrise, Today Show, Mornings with Kerri-Anne, Ten News, ABC Radio, Radio 2UE as well as being featured in over 100 newspapers and magazines, including Wealth Creator, My Business Magazine, AFR Boss and Virgin’s In-flight magazine.

Outside of business, Dale has a passion for educating young adults. That’s why in 2001 he co-founded Tomorrows Youth International, which runs self-development programs for 13 to 21-year-olds across six countries. To date over 30,000 young people have now been impacted by the program he started.

Finally, but most importantly, Dale is a devoted family man. He’s married with two young boys.

If you are from the media or you are just interested in reading a more extensive bio, here it is. And if you want to see pictures of any of the following key events, click on the blue links.

Born in Sydney in June 1981, growing up Dale Beaumont participated in a number of sports and at the age of nine was selected for the elite NSW Gymnastics Squad. Training 34 hours per week, he soon learnt the value of discipline, hard work, having a coach and most importantly, delayed gratification.

After six years of intensive training, Dale changed his sporting focus to competitive aerobics so that he could spend more time on his studies and pursue other interests. In 1998 he became the National Aerobics Champion and the youngest Australian to compete at the World Aerobics Championships in Tokyo, Japan, where he placed eighth.

At the age of nineteen, together with his friend Brent Williams, Dale wrote his first book titled The World at Your Feet, and co-founded Tomorrows Youth International, which runs educational and self-development programs for 13 to 21-year-olds in five countries. Their flagship ’2-Day Empower U Program’ has since been attended by over 30,000 young people.

In 2003 Dale married Katherine in a beautiful and romantic sunset wedding in Hawaii. The pair have been life and business partners ever since.

In 2004, Dale created KAPOW Media, a boutique Public Relations (PR) agency to attract media attention and get wider exposure for his work with teenagers and youth. After 6 weeks and some 30 stories later, the phone started ringing and over the next three years KAPOW Media generated over $5 million worth of free media exposure for the handful of clients it worked with.

Then in 2005 Dale created the Secrets Exposed® series with the help of his wife Katherine. Secrets Exposed® being a collection of books that take people up-close and personal with hundreds of highly successful people in a range of different topic areas.

Incredibly, eleven of those fifteen books were published in 2007 alone, a feat that is unrivalled by any Australian author. In addition, the Secrets Exposed® series has been sold in bookstores across Australia and throughout New Zealand, Singapore, Malaysia and Brunei – receiving exceptional feedback from readers everywhere. This led to Dale being interviewed several times on National Television and featured in well over one hundred newspapers and magazines.

These remarkable achievements, coupled with the speed in which Dale released his books, prompted hundreds of calls and emails from people – all desperate to discover his fresh and innovative publishing system.

Unable to handle the growing list, Dale created Get Published Secrets™, a content-rich DVD and CD product that reveals his fresh and innovative publishing system to aspiring authors all over the world. In addition Dale began posting free 5-minute videos on YouTube and collectively these videos have had over one million views.

It was around this time that Dale became a father, with his wife Katherine giving birth to their first son named Finnegan. With the arrival of Finnegan and having built a successful business, Dale and Katherine decided that life was for living and they wanted the world to be their children’s classroom.

Since then the Beaumont family have travelled to over 60 countries and spend an average of 4-months travelling the world each year. And it continued with the arrival of their second son named Callan in 2010. To see a list of their travels, you can click here.

Back to the story…

In August 2009 Dale was asked to deliver a keynote presentation covering 15 different ways that individuals and companies can propel their profile and boost their profits. Dale’s talk was such a hit that not only did three other people book him on the spot speak to their teams, but attendees virtually demanded that Dale create a special program to reveal all of his secrets.

Within weeks Dale had developed Profile Accelerator™, a 4-Day training program designed to equip others with all of skills needed to; sky-rocket your profile, boost your credibility and become the expert in your field. Topics covered included; book publishing, generating free media exposure, product creation, public speaking, video marketing and social media.

Through Profile Accelerator™ Dale began to work closely with literally hundreds of business owners and dozens of highly successful entrepreneurs. During this time he realised that the business world was about to be turned upside-down.

The rise of e-commerce, the social media revolution, Google dominance, global outsourcing, mobile apps, marketing automation tools and cloud computing were all about to explode. Dale predicted that these changes would cause a massive shake up in business. If you embraced these changes you’d make millions and if you ignored them you’d end up broke.

Looking for answers himself, Dale found very few people knew what was going on and there were no other quality educators teaching people how to make the shift.

So in 2010 Dale created Business Blueprint®, a company with a mission to “simplify success and help you to build a profitable business that gives you the freedom and lifestyle you want”. Since that time Business Blueprint® has grown to be the leading business education company in Australia. From there word spread and now Business Blueprint® also has clients in New Zealand and Singapore.

What makes Business Blueprint® unique is that it focuses on the latest and most up-to-date business growth strategies. As for the style of delivery, Business Blueprint® combines live conferences, interactive webinars and daily support. Furthermore Business Blueprint® members get exclusive access to over 400 step-by-step training videos, over 100+ one-page process maps and excellent networking opportunities with fellow high-calibre business owners and entrepreneurs.

To find out more about Blueprint Blueprint® and read literally hundreds of success stories from happy clients, click here.

Outside of business Dale and his wife Katherine have a passion for helping kids, especially those from underprivileged circumstances. That’s why in 2012, they formed a partnership with Hands Across the Water, an Australian charity that provides housing, food and education to orphans in Thailand.

To further support this cause Dale took part in their major annual fundraiser, which involved riding 800km through Thailand on a bicycle. With the combined effort of all 79 riders, together they raised just under $1,000,000.

Having loved the experience, in 2014 Dale decide to lead his own group, made up of Business Blueprint® clients. Again with personal commitment and the support of other business, Dale’s group raised over $180,000, which helped to cover the cost of a new orphanage built to support kids living with HIV.

Never one to stand still Dale is now continuing to grow Business Blueprint®. His goal is to one day help over 10,000 business owners each year to build profitable companies, so they too can live their dreams and make a difference. To achieve this, Dale is now laying the foundation for further expansion and is looking for partners across Europe, Asia and USA.

To keep updated with Dale’s latest business projects or to follow his personal journey and charity adventures, click here and become a subscriber.